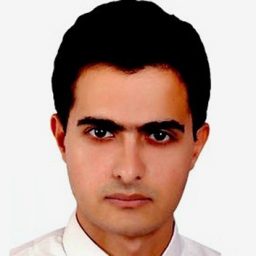 For all governments dealing with the global Pandemic COVID-19, there is a difficult short-term trade-off between public health and economic considerations. Arguably, the Egyptian authorities have given a higher weight to the latter than other governments, including in the MENA region.

The government has only imposed rather mild restrictive procedures, including suspending international flights, some recreational and hospitality activities, and few public licensing services, closing educational institutions, and ordering an evening curfew. Thus, most of economic activities have been running normally for the daytime, including crowded markets and public transport. In addition, and despite the continuous rise of the number of new infected cases in April and May, the government has also announced that it will ease the already limited restrictions starting from June, in a plan to “co-exist with the virus”.

Domestic supply chains have consequently been in place for most of sectors, with no closure of factories, roads, or businesses, or restrictions on labor movement, at least during daytime. However, it is the falling demand, both domestic and global, that is expected to bring down economic growth in Egypt, from 5.6% in 2019, to only 2%, according to the IMF’s latest projections in April 2020. The real estate sector, is likely to be particularly affected by a falling demand, caused by rising uncertainty and liquidity fears. Falling real estate demand will in turn cause a slowdown in the construction sector, which is currently employing more than 3 million Egyptians, and was responsible for creating more than 50% of all new jobs in the last couple of years.

Sluggish global demand is also likely to hit several sectors in Egypt, mainly services exports. Amongst them, tourism is suffering the most, as the sector has halted almost completely for the last couple of months, since international flights were suspended. The sector’s revenues peaked last fiscal year at 12.6 billion dollars, and contributed with 10% of total employment. Suez Canal revenues as well, which amounted to 5.7 billion dollars in the last fiscal year, are expected to fall due to sluggish global trade, and also since oil prices fell steeply, which made longer shipping routes less costly for vessels than the canal’s passage fees. This has pushed the Canal’s authority to announce cutting passage fees in May and June by up to 75% for some destinations and cargos, with the hope of attracting more traffic. Lower oil prices will also affect the oil exporting gulf countries, where millions of Egyptians work and contribute with the majority of remittances to Egypt. Consequently, remittances are expected to decline from the 25.2 billion dollars mark of the last fiscal year, as workers abroad suffer from layoffs or wage cuts.

These sources together, tourism, Suez Canal, and remittances, are as large as 15% of the Egyptian GDP, and are important sources of employment, household income, foreign currency, and government revenues. Thus, the global shock to these three sources alone, will extend to other sectors, and will most likely be the main channel of the crisis effect on the Egyptian economy in large.

The repercussions will include rising unemployment, from 8.6% in 2019, to 10.3% in 2020, according to the latest IMF projections. In addition, more jobs could be lost than reflected in the unemployment figures, as workers might unwillingly drop out of the workforce altogether. This is a trend that started during the last couple of years, amid the implementation of the economic reform program from 2016 to 2019, when unemployment fell only as a result of declining labor force participation rate, since hundreds of thousands of females dropped out of the workforce, due to lack of adequate job opportunities.

Job losses and less wages, combined with less remittances to households from relatives working abroad, could push hundreds of thousands of vulnerable Egyptians below the poverty line, adding to the socioeconomic hardships caused by the recently completed economic reform program. Poverty increased during the program’s period from 27.8% in 2015 to 32.5% in 2018, the largest increase recorded in Egypt in a comparable time frame, with extreme poverty rising as well from 5.3% to 6.2%. Currently, the most vulnerable group to the COVID-19 economic spillovers in Egypt is informal workers. They are estimated to constitute 50% at the very least of all non-agricultural workers, and are spread across sectors, in both formal and informal enterprises, and are predominantly living hand to mouth, with no savings or safety nets.

Among the repercussions as well will be falling government revenues, by up to 50% according to official estimates, which could limit the government’s ability and willingness to increase its spending in order to minimize the damage of the global slowdown, on both the household and business sectors. In addition, as the main three mentioned-above sources of foreign currency to the Egyptian economy suffer, combined with foreign capital outflow, the Egyptian pound might depreciate against foreign currencies, leading to higher cost of exports, and rising inflation, which means that the household real income could decline even further. There are already indicators that the Egyptian international reserves are facing significant pressure, as they fell from 45.5 billion dollars in February, to 37 billion dollars by the end of April. Thus, if this global crisis extends for several months more, Egypt might face hardships honoring its rising foreign debt obligations and covering its balance of payments deficit, with depleted international reserves and falling foreign currency inflow.

The Egyptian authorities have announced several measures to contain the economic implications of the COVID-19 pandemic. The government dedicated 100 billion Egyptian pounds (EUR 5.8 billion), roughly 1.8% of GDP, as a stimulus package. Half of this package will be allocated to the tourism sector alone, since it is the most affected sector, and is a significant one for employment and income in the Egyptian economy. 8 billion pounds of the package are allocated to the healthcare system, to cover medical supplies and bonuses for the staff. The package also includes raising pensions by 14%, expanding cash transfers programs, lowering energy costs for the industrial sector, providing tax relief and export subsidies for businesses, and granting irregular workers a 500-pound cash support for 3 months.

In addition, the central bank has been implementing supporting measures. It has reduced the policy rate by 300 base points, and reduced the preferential interest rates on loans to tourism, industry, SMEs, and social housing. The bank has also announced that it will provide short term loans for small businesses facing liquidity shortages, and conditional debt relief measures for individuals facing default risk. Moreover, the central bank has launched a 20-billion-pound stock purchase program to support the stock market. Furthermore, the Egyptian government and central bank have recently requested an emergency financial assistance of 2.8 billion US dollars from the International Monetary Fund, which was approved in May, to address balance of payments needs, and support the most affected sectors and vulnerable groups of people.

The majority of these measures by the government and the central bank were announced during the early days of the pandemic. Thus, it is likely that as the global economic slowdown extends, there will be a need for additional measures and larger stimulus packages. However, with the expected sharp fall of public revenues, mentioned above, the government might be reluctant to expand the measures, as this will require increasing the fiscal deficit, which was brought down during the reform program years, with a high socioeconomic cost. Additional packages would most likely be needed for social transfer programs to the poor and vulnerable groups, rather than for subsidies and support for businesses.

Existing transfer programs to contain the implications of the economic reform program, were already inadequate to address the surge in poverty during the last couple of years, before the pandemic. It is also expected that the announced grants for irregular workers will not be very effective. The grant amount is roughly equal to the extreme poverty line of 2018, which has most likely increased with inflation since then. In addition, it will be challenging to identify and reach millions of targeted workers, spread across the country.

However, there could be a silver lining to the pandemic and its economic implications, in allowing the government to build and develop a database for informal workers and businesses, as they apply to receive the emergency grants. This could be a step towards incorporating them into permanent formal social safety nets, to protect them in future crises, and support their growth and formalization, in order to enhance their productivity and living conditions.

Furthermore, the pandemic is highlighting the dire condition of the healthcare sector in Egypt, and how underfunded and short-staffed it is, with public health expenditure at merely 1.2% of GDP in 2019/2020. The pandemic has pushed the government to temporarily increase spending on the sector by 11%, including permanent wage increases for junior staff. This crisis could be a turning point towards prioritizing public health expenditure in Egypt, even after the pandemic ends. Both the public and the government would be more willing to dedicate further resources to the sector, having experienced how significant it is for both the human and economic considerations.

Moreover, the pandemic has also highlighted the potentials of the digital transformation in Egypt, as more businesses and public services were forced to rely on digital platforms and technologies to operate during the last couple of months, including a complete shift to digitalization in education, with its various levels. This has also exposed the inadequate quality and coverage of the digital and telecommunication infrastructure in Egypt. The most populated country in the Middle East scores amongst the lowest in the region in telecommunication infrastructure, within the UN E-Government Development Index, which is reflected in one of the lowest internet penetration rates in the region as well, with less than 50% of the population using the internet. The pandemic could thus push the government to scale up its investments in telecommunication infrastructure and digitalization of its services, and encourage the private sector to both take part in this investment, and to utilize digital technologies more to operate and do business.

However, prior to these measures aimed at capturing long term opportunities, the Egyptian authorities have to focus on addressing the immediate challenges posed by the pandemic. On top of them is the daily rise of the number of new infected cases, as the authorities stick by a low level of restrictive measures, to avoid an economic meltdown. In Egypt, as in most developing and least developed countries, this short-term ‘human risk/economic costs’ tradeoff is far more dangerous than in developed countries; on the one hand, the healthcare sector is too weak to handle a surge in infected cases and deaths, while on the other, the economy and living conditions are too fragile to withstand necessary lockdown measures.

Thus, a delicate balance is required to manage this pandemic, and its socioeconomic implications. The government should not address this situation as a typical economic recession, but as a multi-dimensional crisis instead. It should prioritize keeping the majority of strategic economic sectors and activities functioning, with as minimum number of workers on site as possible.

The government alongside the private sector should also work to provide preventive equipment on a mass scale to the public, such as masks, gloves, and sanitizers, to enable more people to work with less risk of infection, while scaling up the daily testing capacity to be able to enforce more targeted lockdown and quarantine measures with less damage to the economy. And to finance the required measures, the government should be open to running a fiscal deficit as high as necessary, and should actively seek suspension of external debt payments to donor countries and institutions, in order to utilize the available scarce resources domestically, with a priority to providing more support to micro and small enterprises, and far more social transfers to the poor and vulnerable groups, to avoid human suffering possibly worse than that of the pandemic.