ACPSS was established in 1968 as an independent research unit within Al Ahram Foundation. Since its establishment, ACPSS has been one of the leading think tanks in Egypt and the region, committed to independent research and critical thinking. Through its research capacity and multitude of specialized publications, commentaries and articles in Al Ahram, its website, as well as partnership and membership in regional and international research networks, ACPSS enjoys a reach unmatched by other research institutions in the region, and has consistently been rated among the top 30 think tanks in the world in the global “Go-To think Tanks” annually produced at the University of Pennsylvania (USA).

The research scope of ACPSS has evolved over time to incorporate international studies, and regional politics. Since the 1990s, domestic politics and political reform assumed central importance in ACPSS research agenda.

ACPSS is fully committed to the partnership between the North and the South in the Euro-Med region. A partnership in which policy makers, academics, think tanks and civil society from the two shores should be tightly involved. Hence, ACPSS serves as a connection space where knowledge-based policies/consultancy are produced and where different challenges faced by the region are also thoroughly studied.

Other institutes from Egypt 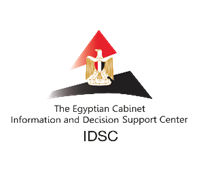