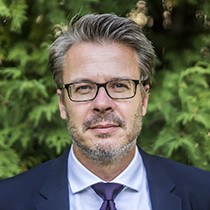 This report was prepared at the behest of the European Commission in the framework of the EuroMeSCo Rapid Response Facility. It aims at analysing the EU’s objective of introducing a benchmarking process in the realm of human rights and democratic development within the European Neighbourhood Policy (ENP) vis-à-vis the southern Mediterranean partner countries that are participating in the EuroMediterranean Partnership (EMP). The report argues that the EU’s current benchmarking approach suffers from a number of conceptual and analytical flaws. In view of these difficulties, this report proposes to take the conceptualisation of democratisation as a process that entails different phases as a starting point of any democracy promotion strategy. It suggests that such a model may be used as a ‘check list’ of sorts in a cross-country comparison and serve as a ‘meta-scheme’ within which specific ‘benchmarks’ in the realm of ‘human rights’ or ‘the rule of law’ may be defined and evaluated in the specific context of Euro-Mediterranean relations.