Protracted conflicts, climate and demographic changes as well as declining socio-economic conditions have resulted in a massive unprecedented refugee crisis. Three countries in the Southern Mediterranean region – Lebanon, Jordan and Turkey, and one European country – Greece, have been the main recipients of this stream of refugees.

Some findings on the social, economic and political challenges resulting from the influx and faced by those countries have been presented in an event held by the Center for Strategic Studies in Amman. The presentation marked the end of the one year research group on “Migrants and Refugees: Impact and Future Policies. Case studies of Turkey, Jordan, Lebanon and Greece”, run in the framework of the EuroMeSCo ENI Project, co-financed by the European Union and the European Institute of the Mediterranean.

How Can the EU Border be Better Managed? By Xavier Aragall

The Migration Crisis: Issue or Opportunity? By Anna Di Bartolomeo 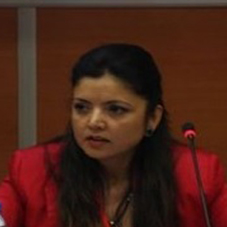