When Austerity Meets Activism: A Common Tale on the Opposite Shores of the Mediterranean 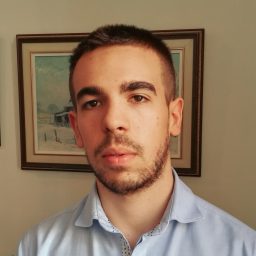 European states overcame the wave of protests, which reached their peak in Greece in the 2010-2015 period, related to the adoption of harsh austerity measures. Meanwhile, similar anti-government protests have erupted and continue across the Middle East and have recently hit Jordan, a key partner of the West in the unstable Arab Levant. At the height of the protests in 2018, thousands of people demonstrated for 25 consecutive weeks. As of late 2019, economically-motivated protests continue to represent a challenge to Amman’s government. This was most evident in September when some 3,000 public school teachers took to the streets to demonstrate against rising living costs and low wages.

This policy brief argues that, despite the fundamental economic, social and political differences between Amman and Athens and different ideologies channelling the crowds’ sentiments, in both cases people took to the streets due to comparable economic grievances and in order to protest against the neoliberal economic policies imposed by international organisations, most notably the International Monetary Fund (IMF), and backed by other stakeholders. Notably, another parallel between the two countries is that while Greece is the European Union (EU) member state in which the IMF intervened with the heaviest hand, Jordan is the country in the Arab Levant on which the Washington-based institution has proposed the harshest austerity package.

The policy brief compares and contrasts the unrest in Greece and Jordan and the dynamics of the protests. The question is whether the experience in dealing with socioeconomic grievances in Greece could possibly be used by countries such as Jordan to address the demands of its own citizens and to some extent shape an effective EU approach that contributes to the de-escalation of internal tensions in Jordan and the wider Middle East and North Africa (MENA) region.

A description of the origins of the protests is followed by a comparison of the protests in Athens and Amman, with a focus on the demands, immediate outcomes and political and geopolitical implications. Conclusions and recommendations related to Jordan are provided in the final section.