The Socioeconomic Impact of COVID-19 on Lebanon: A Crisis Within Crises 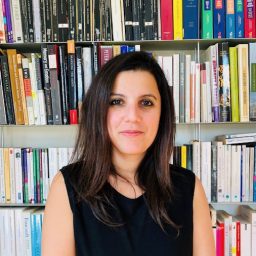 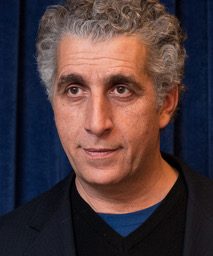 The COVID-19 crisis comes on the heels of grave economic and political crises that have hit Lebanon at the end of 2019. In contrast to the rather favourable health situation (so far) with a relatively limited number of infections and fatalities, the COVID-19 crisis is expected to have devastating economic costs — both directly and indirectly — given the very fragile economic environment of the country.

It is hard to estimate the direct marginal economic impact of COVID-19. Even before the epidemic hits, there were massive business closures in reaction to the economic crisis that has exploded in September 2019. This was already leading to catastrophic increases in unemployment and poverty. Businesses had in a matter of a few months lost access to foreign exchange and to imports, households faced limitations in accessing their bank accounts, and the volume of remittances decreased due to the oil crisis in the Gulf countries.

Preliminary estimates placed GDP fall at about 5% in 2019. Pre-COVID-19, estimates for 2020 were for a fall of GDP of about 10%, with inflation at about 25%, the worse economic collapse ever since independence. It was estimated that by the end of 2020, unemployment would rise from 12 to 30% (by January, about 220,000 jobs were lost compared to October 2019). However, according to more recent estimates by the World Bank (WB) that now include the impact of the COVID-19 shock, poverty would rise from 30% in 2019 to an expected 45% or more of the population by the end of 2020, while extreme (food) poverty would more than double to 22% [1]. The economic implications for the 1.5 million Syrian refugees have not been estimated.

The COVID-19 crisis will exacerbate this deterioration. While the economic crisis had mainly hit the tradable sectors, the COVID-19 crisis extends the shock to non-tradables as well due to the collapse in tourism, catering, and transport. The budget deficit is now expected to rise to 15%, leading to a rise in inflation. The Ministry of Social Affairs estimates that the COVID-19 effects on top of the economic crisis will lead to a fall in GDP to -15%, an increase in poverty over 50%, and a rise in unemployment over 50%. The situation is so dire that it will lead in all likelihood to a new social explosion, especially in the poorest areas, such as in Tripoli.

While the economy was already in bad shape, the COVID-19 crisis risks turning the political tide and giving the advantage back to the traditional political elites, after the “street” had managed to build momentum through three months of street action around the country. As a reminder, since October 17, Lebanon’s protestors have focused on the need to change the country’s power-sharing system and reverse the rapid deterioration in the quality of daily life. What has become apparent to the Lebanese is that their economic woes are at heart the consequences of a governance crisis. Amidst Lebanon’s historically most painful economic crisis, politicians have remained focused on scoring political points as the country sinks into the abyss, keen to protect their vested interests in a system that can no longer sustain such behaviour.

The Hirak (political movement) was demobilized, as street action became overnight impossible to carry out given the curfews and restrictions on movement though protests have erupted again over the last weeks, defying the partial lockdown declared by the state. The security forces have taken advantage of the situation to dismantle the demonstrators’ bases and tents, such as in downtown Beirut, Tripoli, or Saida. Sectarian organizations have at the same time become hyper-active delivering services to their constituencies, in the midst of big public events that marked their return to the national scene. This started with Hezbollah’s mobilization and parading of medical personnel to help not just its own constituency, but whole regions where it dominates, thus using this opportunity to extend its influence further. This was followed by myriad initiatives by other groups, some less useful than others, but all equally visible — including street disinfection campaigns, distribution of lunch boxes to the poor, or lobbying to help “their” returnees come back first.

Under the pretext of COVID-19, clientelism is back and on the cheap, filling up the void left by demonstrators. Sectarian sentiments have also been exacerbated by the general atmosphere of uncertainly and risk. This return of the political elites is also reflected in an inflection in the national debate on economic recovery plans, with new proposals meant to salvage the economic power of the elites, thus complicating further an already highly complex situation.

The government has put together a modest economic package to try to offset the impact of the new shock on the population: (i) An emergency Social Safety Net (SSN) targeted to 200,000 poor households was approved by the Cabinet in late February ($150 per household); (ii) the Ministry of Public Health has estimated that its budget needs to increase by about 10% in order to pay for the $40-60 million estimated extra health costs generated by the estimated treatment costs of affected patients; (iii) the government has asked banks to reschedule loans to small and medium-sized enterprises (SMEs) at low interest rates.

At this stage, it is not clear how the government intends to finance its planned SSN programme, the new health interventions, and support for SMEs. The overall package (pending approval by parliament) amounts to LBP 1.2 trillion (about $300 million, at market exchange rates). While the package represents only about 1% GDP (much smaller than similar efforts in Egypt, Jordan, Tunisia, i.e. countries that have put together packages of 2-3% GDP), there is no fiscal space to finance this out of state revenues. The package’s financing will therefore require printing money, which will end up inflationary, thus exacerbating the current macro-conditions, in the absence of external support.

More than at any time in its history, Lebanon finds itself with extremely limited international support, either from the Gulf countries or from the West. In comparison, Tunisia and Jordan received emergency International Monetary Fund (IMF) lines, that Lebanon, being in a debt moratorium, cannot access. External financing has been slow in coming. The WB is preparing two projects: a Health Resilience Project ($40 million) to strengthen the Ministry of Public Health’s response to the COVID-19 crisis by equipping public hospitals and increasing the ability to test and treat cases; and a major multi-year fund to support social safety nets in Lebanon. Project preparation has been slow given differences with the government on targeting mechanisms.

In the best of circumstances, the financing will be in place in the fall of 2020, and the overall amount of the two projects could be as large as $640 million. But WB projects have been notoriously difficult to implement in Lebanon, as conditions linked to disbursements tend to become roadblocks — partly because the Lebanese administration is unable or slow to make decisions and partly because of corrupt practices in the administration. The average disbursement rate of the WB portfolio is one of the lowest of the region, at only 5% per year.

The United Nations Population Fund and the United Nations Relief and Works Agency (UNRWA), in charge of the large refugee population, are also likely to remain largely underfunded in the current circumstances, which will generate additional risks for the future.

The indirect costs of COVID-19 are related to its effect on Lebanon’s recovery from its dual economic and political crises. The government’s economic recovery plan includes fiscal austerity, debt reduction, devaluation, and a restructuring of the banking sector. It foresees a gradual recovery driven by external support (to limit the contraction in imports and domestic consumption), a public investment push (in the context of unlocking of the CEDRE-committed financing), [2] and the implementation of a comprehensive pro-growth reform agenda. At the same time, the efforts mounted by international organisations to support countries hit by the COVID-19 crisis around the world are unlikely to benefit Lebanon, given its debt status. Similarly, one cannot expect CEDRE financing to move fast, given the dire budgetary situation in Europe. Finally, export-driven growth is likely to become less workable in the next few years given the growing protectionism around the world, and especially the constraints placed by low oil prices in the Gulf region, a traditional export market and place of employment for the Lebanese.

What the government ought to do now is first and foremost speed up agreements with the WB on new financing for health expenditures and social safety nets. To do this, the parliament must ratify the necessary laws so that urgent disbursement can be made. Programmes that focus on refugees and that are supported by UNRWA and other donors need to be accelerated, so as to extend the health and social protections to these vulnerable populations, and in turn, reduce the health and social risks posed by the pandemic on the country as a whole.

Second, the limited international help that Lebanon is receiving needs to be reconfigured to the current priorities. For example, the large sum of investment in the controversial WB-funded Bisri dam project could be reallocated to more urgent social spending needs. Similarly, some of the CEDRE pledges to finance infrastructure should also be reprogramed given the dire social conditions. While Lebanon has not been a “humanitarian” country in the past, it is increasingly looking like one, and funds need to be urgently raised and/or reallocated towards saving lives and preventing a looming food crisis.

Third, negotiations with the IMF, though difficult and complex, must be accelerated to finalise stabilisation and move forward with a recovery plan that protects the most vulnerable, share losses in a socially-fair way, and lay the ground for inclusive growth in the future. As long as there are no tangible prospects of re-emerging from the current crisis, the risk of the re-emergence of sectarian (or class) conflict will remain high.

Fourth, none of these economic solutions can bear any fruits in the long run in the absence of serious action to stop systemic corruption. Lebanon ranks 137th out of 180 countries in the latest Corruption Perception Index of Transparency International and the areas where the haemorrhaging of funds is greatest include Électricité du Liban, fuel import, and custom collection. An independent judiciary should be given free rein to carry on with the National Anticorruption Strategy that was ratified by parliament in 2018. In the medium term, new elections must be held under a progressive electoral law to enable the political system to renew itself.

In sum, the COVID-19 crisis has made the policy dilemmas facing Lebanon harder — adjustment and reforms have become more complicated, but the risks of not reforming in the face of the large macroeconomic imbalances have also become direr. The hope is that the crisis would jolt the government into taking action not just to protect the short-term health of the Lebanese, but also their long-term prosperity; and that the relative success of the sanitary measures will have rekindled society’s trust in collective action in the face of adversity.