Planning the Future of the EU Trust Fund for Africa 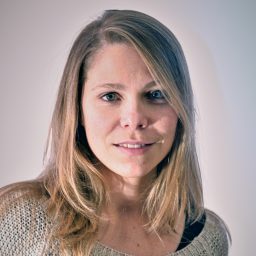 Few European Union (EU) funds have gained as much visibility as the EU Trust Fund for Africa (EUTF). The EUTF was launched in 2015 as an emergency instrument to tackle the so-called EU migration crisis and pursue the priorities agreed during the summit in Valletta. Its geographic scope covered three “windows” – the Sahel and Lake Chad, the Horn of Africa, and the North of Africa.

The EUTF will end at the close of 2021 but, at the time of writing these lines, the EU and the member states are planning its future in the framework of the new Neighbourhood Development and International Cooperation Instrument (NDICI) and beyond. In June 2021, the EU finally approved the regulation establishing the NDICI, and the programming phase has officially started. It is in this framework that EU institutions are drawing lessons from the EUTF experience to streamline them in the new programmes targeting Africa and the Southern Neighbourhood more specifically.

The EUTF results and legacies

In October 2015, soon after the summit in Valletta organised to address the migration crisis, the European Commission (EC) launched the “EU Emergency Trust Fund for stability and addressing the root causes of irregular migration and displaced persons in Africa” (known as EUTF). The instrument was not new and had been conceptualised as a rapid response to the growing insecurity in the Sahel region. This legacy is visible in its name, juxtaposing stability and development-led objectives.[1]

The Action Plan adopted in Valletta set out five priority domains of cooperation: addressing the root causes of irregular migration and developing the benefits of migration; promoting legal migration and mobility; reinforcing protection and asylum policies; fighting against human trafficking and migrant smuggling; and strengthening cooperation to facilitate return and reintegration of irregular migrants. Accordingly, the EUTF was presented as an emergency instrument whose aim was to coordinate and reorganise EU funds to deal with “situations where experience has shown that the weakness of the local administrations combined with a sudden increase in the number of donors requires strong coordination of the international community.”[2] It did not imply the mobilisation of new sources of financing at EU level. Rather, it pooled together existing amounts from the European Development Fund (EDF), the European Neighbourhood Instrument (ENI) and the Development Cooperation Instrument (DCI), which were then complemented by member states’ contributions, reaching almost €5 billion. Under the EUTF, Southern Mediterranean Countries (SMCs) are part of window C “North of Africa”, next to two other regional windows, namely the Sahel and Lake Chad (window A) and the Horn of Africa (window B). Since its inception, the EUTF has financed nearly 600 interventions in 26 countries, with €4.8 billion in approved programming. With almost €900 million distributed to Libya, Tunisia, Morocco, Algeria and Egypt through 40 programmes, decisions approved in the North of Africa represent an amount equivalent to 31% of the EU’s Official Development Assistance budget in the region (34% in the Horn of Africa and 25% in the Sahel and Lake Chad). As such, there is little doubt that the EUTF was a significant innovation in the EU funding landscape. Not only did it introduce a targeted instrument for external cooperation on migration with a consequent financial allocation, it also pushed forward coordination between the EU and its member states on a highly topical and potentially divisive issue.

Several analyses and evaluations of the EUTF confirm that this instrument has affected EU third countries’ relations in at least three ways. For once, while not revolutionising how migration is addressed, the EUTF has changed “how work is done”. Having been launched under the pressure of the so-called “migration crisis” and as an emergency tool, the EUTF did not follow the EU standard application and selection procedures. Representatives of the member states and the EC composed the governance structure, while the European Parliament did not supervise the EUTF spending since the tool falls outside the EU budget and the selection criteria are under-defined when compared to normal EU funding. This structure entailed more informal and more dynamic relations between the EU and the member states, but also within the EU itself between the EC and the Delegations. Communications between different directorates general of the EC, and between the Commission and the Delegations, were notably faster than usual, although many stakeholders noted that these processes led to an EU-driven approach at the expense of context-based and jointly developed projects.[3] In attracting political attention, the crisis prompted inter-institutional coordination and led to faster decision-making. At the same time, many have criticised a lack of third countries´ participation in the planning process,[4] although dialogue improved over time and contributed to introducing new priorities for cooperation like return and reintegration.

Second, the EUTF has affected the relationship between the migration agenda and the targeted territories in Africa. The magnitude of the Fund and the comprehensive approach allowed the geographic scope of the EU´s interventions to be widened beyond the “usual suspect areas”. In the North of Africa, however, the fact that only the thematic dimension “migration management” covered the geographic window C limited this impact. According to the Strategic Orientation document, this objective involves a broad range of activities aimed at promoting rights-based migration governance, increasing legal migration channels, ensuring protection, or addressing the key drivers of irregular migration. Yet, an analysis of the approved projects shows that controlling migratory routes to contain migration and facilitating return have been prioritised, either directly or indirectly, and the position of the potential beneficiaries along the migration route, or the proximity with border crossing areas, have been key criteria guiding the location of EUTF activities. From this perspective, the EUTF seems to consolidate the conceptualisation of the Southern Mediterranean Neighbourhood as mainly one of transit and departure, rather than one of destination and origin,[5] and there is little doubt that the Libyan situation has played a pivotal role in this process. Indeed, the latter has attracted the majority of the funding for the North of Africa, and the bigger projects in the country support capacity-building for border management, improve migrants´ conditions in detention centres, and training for search and rescue activities.

Third, the EUTF has contributed to strengthening the “root causes” narrative, despite growing evidence that economic development, and especially income-generating projects, is more likely to reduce the costs of relocation and lead to more emigration unless a country reaches an upper-middle-income level.[6]

Beyond the EUTF: opportunities and challenges

By December 2021, the EUTF will end. The upcoming months will be used only to handle the ongoing contracts. While there is substantial agreement on the fact that it has been a “game changer” for the EU and migration and mobility-related funding in many ways, its future under the 2021-2027 financial framework is still subject to debate and negotiations, both among EU institutions and member states and between the EU and third partner countries. The Southern Mediterranean Neighbourhood will play a key role in this context, not least because the Pact for Migration and Asylum presented by the EC in September 2020 refers to the idea of key priority countries for the EU, and Morocco was listed among them in April 2021. However, a thorough discussion on what this prioritisation involves has not yet taken place, and recent tensions in Ceuta and Melilla will not facilitate this task.

Despite the uncertainties, the programming phase of the new NDICI is at a crucial stage. The discussions on the national and regional envelopes under the neighbourhood geographic programme and the planning of the so-called flagship initiatives, which accompany the document “A New Agenda for the Mediterranean” and should be developed in the context of Joint Programming or Team Europe Initiatives, are ongoing. The overwhelming presence of migration in the text of the NDICI regulation does not, alone, attest the relevance of this topic for the Southern Neighbourhood. Cooperation on migration is mentioned under the so-called incentive-based approach, which leaves indicatively 10% of the geographic financial envelopes unallocated and subject to progress in key policy areas. Moreover, 10% of the global Europe programme “should be dedicated particularly to actions supporting management and governance of migration and forced displacement within the objectives of the Instrument.”[7] Eventually, the flagship initiative 8, which is annexed to the New Agenda for the Mediterranean, aims to support all the pillars of the Pact, complementing bilateral and regional assistance for migration. To some extent, this flagship initiative represents the real EUTF successor and would mostly cover migration management activities, while root-causes interventions would fall under the regional and bilateral NDICI programmes.

To build the future EU-Southern Neighbourhood cooperation based on the EUTF experience is both an opportunity and a challenge. The EUTF has been a 5-year-long pilot phase to test new forms of coordination and flexibility, especially within the EU. This has been followed by the Team Europe approach as a response to the COVID-19 crisis, which is based on the principles of joint programming and joint implementation, and which should now form an important part of the EU´s “way of doing things” on migration. The crisis-driven and inward-looking dynamics inherent in the EUTF, however, have played out to the detriment of third countries´ inclusion in the programming process. Given the significant reduction of the overall budget for migration, compared to the amounts available through the EUTF, the economic leverage of the EU will be smaller. This makes participation and reciprocity extremely important to bring the partners on board, especially since COVID-19 is affecting the political agenda of North African governments. A recent evaluation of the EUTF confirms that, while it has been useful to support political dialogue, after a few years of project implementation, some partner countries seemed to have lost interest in the process.[8] Jointly developed priorities and locally targeted interventions would also compensate for an approach to migration that some analyses have defined as “too broad”. Moreover, to move cooperation forward, the future migration instrument should give far more relevance to interventions on legal channels for migration. As noted by many, aid will continue to be a tool for migration management, and border control is likely to remain a priority for the EU, but this often increases travel through dangerous alternate routes.[9]

Finally, programming activities should take into account the territorial impact of the EUTF approach, both at regional and national levels, in North African countries. First, some beneficiary countries benefitted more than others. This is due, in part, to the partner government’s ability to strategically negotiate with the EU, in part to the EU’s capacity to grasp and react to transformations on the ground, and in part to the countries’ positions along the migration routes. Second, the latter aspect also created some exclusionary dynamics within the countries. This is the case, for instance, of small Libyan municipalities, which are either minor “areas of origin” or peripheral “cities of transit” and have been very limitedly targeted by EUTF projects. Third, despite the EUTF structure, its organisation in three geographic windows and the acknowledgment of the transboundary nature of migration, the cross-border nature of regional projects has been often criticised.[10] Along a similar line, the EU could consider capitalising on some cross-regional cooperation experiences developed in the framework of cross-window projects also involving the Sahel and Lake Chad and the Horn of Africa regions to foster South-South cooperation.

The relevance of migration for the EU and the member states is unlikely to decrease, although COVID-19 responses are now dominating the political agenda and have contributed to depoliticising migration-related issues. To follow through with its declared goals of addressing migration comprehensively, the EU should consider the challenges posed by the EUTF experience, both when programming Team Europe initiatives but also, and in particular, in the NDICI Global Europe programme.