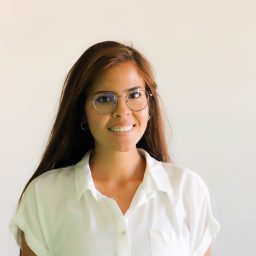 Like many countries, Morocco is expected to undergo a severe economic slowdown this year because of the COVID-19 pandemic. The combined effect of poor crop year and the implications of confinement policy in the secondary and tertiary sectors has led to a downward revision of the growth rate. While the World Bank forecasts -1.7% contraction of Morocco’s economic activity by the end of 2020, the International Monetary Fund (IMF) expects a sharp decline reaching -3.7%. On the other hand, Bank Al-Maghrib (BAM) expects a stagnation of the economic activity around 2.3%.

The impact of the current pandemic is expected to be acute because of the multidimensional nature of the shock. It is a confluence of supply and demand shocks, both domestic and external.

The lockdown policy implemented in March in order to protect public health, could potentially jeopardize several core sectors with the disruption of national and global value chains. The most vulnerable sectors to these shocks are those that involve social interactions, mostly labor-intensive tertiary sectors such as tourism, retail and transport. According to the National Tourism Confederation’s scenarios, the tourism sector could lose 138 billion MAD in foreign currency earnings by 2022 if a recovery plan is not adopted.

Capitalist sectors integrated into global value chains such as the automobile sector, the leading export sector representing 27% of total exports in 2019, would inevitably be affected by the temporary closure of the activity of the two European groups PSA and Renault, contributing, thus, to the widening of the trade balance deficit. The textile sector, employing more than 450,000 people would be curbed by a drop in demand from European customers.

Locally integrated capitalist sectors such as mining and financial services are also likely to be affected. However, the increasing telecommunication demand due to containment is more likely to save this sector from the global downturn. For instance, many companies adopted teleworking, schools and universities switched to remote education and online learning through digital platforms and people are using any available telecommunication device in order to maintain their social relationships.

Furthermore, given the importance of the informal sector in the Moroccan economy, the shutdown of informal activities will exacerbate the output decline as well as the rise of unemployment. The informal sector employs 36% of non-agricultural employment and represents 12.6% of national value added (High Commission for Planning (HCP), 2014).

From the local demand side, a decline in household final consumption and investment is also very likely to occur, given the shrinking of households’ consumption baskets as a result of the confinement. Public demand would, however, increase in response to the health emergency, output loss and unemployment leading to a worsening of the budget deficit.

The economic impact of COVID-19 on Morocco will also be channeled through external mechanisms, including the decline in foreign demand, mainly from the European Union, tourism revenues, and remittances of Moroccans living abroad as well as foreign direct investments. Moreover, the current sharp decline in crude oil prices will potentially reduce the burden of the energy bill and therefore contribute significantly to the decrease in the value of imports.

Beyond this forecast, some available indicators underline the onset of an economic recession. On the one hand, high-frequency indicators, reflecting the state of the economy, are deteriorating. For instance, the stock market indices fell drastically between late December 2019 and early May 2020. Moroccan Al Shares Index (MASI) decreased by 20.46% and Moroccan Most Active Shares Index (MADEX) by 20.79%. The sectoral indices show that some sectors are more hampered than others. For example, leisure and hotels index has decreased by 51.76%.

According to the High Commission of Planning (HCP), almost 57% of all companies reported having definitively or temporarily stopped their activities (3% shutdown their activities permanently). Firms operating in the accommodation and catering sector are severely hit by the COVID-19 crisis, with 89% of them having suspended their activities. In the second place is textile and leather, followed by metal and mechanical engineering industries with 76% and 73%, respectively. As reported by HCP’s quarterly survey on labor market, the total number of unemployed people increased by 208,000 at the national level, amounting to 1.29 million. Hence, unemployment rate increased to 10.5% in the first quarter of 2020 against 9.1% in 2019.

On the other hand, quarterly foreign trade indicators released by the Office des changes show that the trade balance deficit has deepened considerably in the first quarter of 2020, compared to 2019, by -16.2% under the effect of the pronounced drop in exports (-6.8%) compared to imports (-2.8%). Automotive and aeronautic exports declined by 25.3% and 19.2% respectively. The textile and leather sector, which decreased by 7%, could be boosted by large scale local production of protective masks amounting 7.5 million per day (a proportion not exceeding 50% of each firm’s output will be exported), according to the Minister of Industry of Morocco. On the other hand, remittances of Moroccans living abroad decreased by 4.7% during the same period.

Morocco has implemented an arsenal of measures in order to mitigate the consequences of the crisis on its economy. In mid-March, the board of Morocco’s central bank, Bank Al-Maghrib (BAM), has decided during its first quarterly meeting of 2020 to reduce the key policy rate by 25 basis points to 2%. In addition, BAM envisions the adoption of a range of new monetary and prudential policy measures to support access to bank credit for both households and firms. This will be done through a number of mechanisms including tripling banks’ refinancing capacity, broadening the list of eligible collateral for these operations, relaxing prudential requirements and strengthening the programs dedicated to very small, small and medium-sized enterprises by giving them access to operating loans in addition to investments loans. In addition, the banking sector, through the Professional Grouping of Banks in Morocco (GPBM), ensures the moratorium on bank loans, both for households (consumer loans and real estate loans) and firms, until June 30, 2020.

To support demand, the government created a special fund for managing the coronavirus pandemic of 34 billion MAD. Employees on temporary work stoppage and affiliated to the National Social Security Fund, receive a lump-sum allowance of 2,000 MAD in addition to the family allowances and the Compulsory Health Insurance (AMO). The fund aimed also to support the most precarious households both registered in the medical insurance scheme (RAMED) and operating in the informal sector receive transfers between 800 and 1,200 MAD depending on the size of the household.

Furthermore, the Economic Intelligence Committee [1] has adopted some measures so as to ensure the continuity of the activity and protect job. In this respect, the National Social Security Fund has decided to suspend the social security contributions from March 1 to June 30, 2020 with free remission of late payment penalties for this period for employers in difficulty. On the other hand, the Ministry of Finance of Morocco set up a new guarantee mechanism with the Central Guarantee Fund (CCG) called “Damane Oxygène”. This new device aims to support very small, small and medium-sized enterprises whose cash flow has deteriorated due to the decline in their activity, by hedging 95% of their loans. On the fiscal side, the General Treasury of the Kingdom has declared that companies whose turnover is less than 20 million MAD can benefit from the postponement of tax declarations and payment of tax, from March 31 until the end of June.

In order to finance Morocco’s response to COVID-19, and to dampen the impact on the balance of payment, the parliament’s finance commission voted on April 7, 2020 to exceed the external debt threshold set in the 2020 finance law to the tune of 31 billion MAD. In addition, the Ministry of Finance and Bank Al-Maghrib have decided to widen the dirham’s fluctuation band from ±2.5% to ±5% in order to enable the Moroccan economy to strengthen its capacity to absorb the external shock of COVID-19.

Morocco has also drawn the two available international cushions: 3 billion USD precautionary and liquidity line from the International Monetary Fund to strengthen international reserves and 275 million USD line with the World Bank relating to the Solidarity Fund against Catastrophic Events.

The COVID-19 crisis could potentially plunge Morocco into an economic recession. Several firms are on standstill and jobs are being lost. However, this pandemic highlights the crucial role of the state in protecting and prioritizing the health of its human capital, beyond any economic interest. In this respect, COVID-19 could be a particular opportunity to restore trust between the citizen and the state for a cohesive, inclusive and responsible society.

It is also an opportunity to redirect the national productive apparatus towards the satisfaction of domestic demand, particularly for strategic products. In addition, the increasing world demand for basic medical products in the short and the medium terms, creates new prospects for Moroccan manufacturing enterprises.

The normal resumption of economic activities in Morocco, as elsewhere, depends fundamentally on the duration of confinement, which in turn depends on the propagation rate of the virus. Alternatively, the Moroccan economy should be prepared to cope by moving more towards the digitalization of most activities. In addition, the government should extend its efforts to provide financial and administrative support to very small, small and medium-sized enterprises after the deconfinement in order to ensure a smoother recovery. On the social level, the current crisis has revealed the urgent need to accelerate the implementation of the Unique Social Register in order to facilitate citizens’ access to direct public aid in such circumstances.

[1] The Economic Intelligence Committee was set up on March 11, under the supervision of the ministry of finance in order to prevent the direct and indirect economic impacts of the COVID-19 crisis by closely monitoring the evolution of the economy and supporting the most vulnerable sectors and people. This new body brings together key ministries, Bank Al-Maghrib, the Professional Grouping of Banks of Morocco, the General Confederation of Enterprises of Morocco, the Federation of Moroccan Chambers of Commerce, Industry and services and the Federation of Craft Chambers.