It’s Just Business? The Cooperation of V4 States on Migration and Mobility with the Southern Neighbourhood 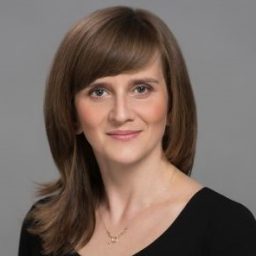 Why do the Visegrád Group (V4) states – Poland, Hungary, the Czech Republic and Slovakia – decide (or not) to join specific European Union (EU) instruments of external cooperation on migration and mobility? Possibilities of pursuing their own interests in collaborating with third countries are central to answer this question.

As strange as it might sound, Poland has been participating in as many as seven (out of nine) mobility partnerships (MPs) the EU has concluded with its neighbours, including in those with distant Tunisia and Jordan. Other V4 states have also been involved in such cooperation platforms on migration and mobility with the Southern Neighbourhood as the Euro-Mediterranean Partnership (EMP), and the Rabat and Khartoum Processes.[1] Their position in Mediterranean affairs, however, has evolved over the last few years from bystanders, occasionally engaged in realising joint projects with the EU’s Southern Neighbours, to veto players. Why has it changed? What role has been played by the domestic politics of the V4 states in this transformation? To answer these questions and draw a broader picture of the motives for the V4 countries’ involvement in cooperation with the Southern Neighbourhood, it is necessary to take a closer look at the history of the development of their migration and asylum policies – and external dimensions thereof – and changes to their domestic policy arenas, especially those taking place since 2015.

The Birth of V4 Migration Policies

When Poland, Hungary, the Czech Republic and Slovakia joined the EU in 2004, their migration and asylum policies were fragmented and still in the early stage of development. They were evolving mainly because national laws had to be adjusted to EU requirements. The case of Poland is quite distinct from other V4 states. The period between 2004 and 2007 was transitional: while the country witnessed a great outflow of its citizens to other EU states (including Germany, the Netherlands and the United Kingdom), new regulations to facilitate seasonal employment of citizens from Belarus, Russia and Ukraine were introduced in 2006. The regulations were expanded afterwards so that now the so-called simplified system of employment of foreign nationals also encompasses the citizens of Armenia, Georgia and Moldova. Other V4 states did not experience such an outflow movement to other EU countries, and did not introduce instruments attracting migrants either. Migration policies of all V4 states at this time, however, were highly influenced by EU laws and policy solutions developed by other EU member states.

What was common for all V4 states was the lack of attention of the public with regard to migration matters. Migration policies were formulated in ministerial departments, mainly by a small group of officials. What they were bringing to Brussels was often a belief that their countries should play a role of promoters of European values in relation to the EU’s neighbourhood – a role which had its origins in historical premises and the experience of V4 states in democratic transformation and Europeanisation. Coupled with their willingness to enhance their image in the EU and show that the “younger colleagues” are credible and committed to common goals, the V4 countries were engaging eagerly – to the extent allowed by their still limited financial and human capacities – in cooperation on migration and mobility with the EU neighbours, including those in the South.

The institutional set-up regarding state authorities involved in migration decision-making in V4 states was also not without significance. In Poland, for example, a de facto power in this area has belonged to the Ministry of the Interior and Administration (MOIA). Proposals to join specific instruments of cooperation as well as accompanying documents were consulted by the Ministry with such entities as the Ministry of Foreign Affairs, the Border Guard and the Office for Foreigners but their opinion was not binding. In fact, joining instruments and platforms for cooperation on migration and mobility was voluntary and did not require the ratification of respective agreements, giving the MOIA’s effective autonomy in the discussed sphere.

The year 2015 changed the landscape considerably. Most importantly, it brought the rapid and rather unexpected increase in the importance of migrant and refugee issues in the public debate in all V4 states. The European migration and refugee crisis dominated news headlines and polarised political scenarios and societies, especially in Hungary and Poland. Both the Hungarian Prime Minister Viktor Orbán and the head of Poland’s Law and Justice (PiS) party Jarosław Kaczyński capitalised on the crisis by playing on the general public’s fears related to newcomers. They also firmly positioned themselves as opponents to immigration and the European Commission (EC)’s proposals regarding relocation and resettlement quotas.[2] Building on such a narrative, Jarosław Kaczyński won the parliamentary election held on 25 October 2015.

Until around 2014 the legislation relating to foreign nationals in V4 states had been changing as a result of institutional learning and policy transfer. Decisions on migration policies were made by elites with little or practically no interest from the public, which resulted in a rather shallow internalisation of these policies. This, in turn, allowed for their re-nationalisation[3] – a process which became particularly evident from 2015. The “younger colleagues” from the V4 states had also matured enough to have their own opinions on how migration should be governed.

As some of the V4 leaders noticed that the anti-immigration rhetoric can bring more votes for their parties, right-wing populism has resulted in the significant rise of xenophobia and turned the public’s attention towards the issues of security and identity.[4] What is more, it has also personalised decision-making and strongly influenced political agendas. This, in turn, has considerably influenced the V4 states’ engagement in the external dimension of EU migration policy, and Euro-Mediterranean politics specifically. The notion of migration as a shared challenge and responsibility and the value of solidarity between the EU member states did not speak to the populists’ minds since they did not translate into voters’ support. One of the most telling examples of this shift from a bystander to a veto player in Mediterranean affairs was Hungary’s opposition towards adopting an EU-Arab League joint declaration expressed shortly before the Sharm El Sheikh summit held on 24-25 February 2019. The Hungarian government opposed any reference to the word “migration” being used in the draft text and did not want the United Nations (UN) pact on migration to be mentioned.

Ironically, the shift towards the issues of security was enhanced by the aforementioned autonomy of the internal affairs ministries responsible for migration in the V4 states (excluding Slovakia), usually strongly emphasising the importance of borders and border protection. In Poland and Hungary, many officials with extensive knowledge and experience in migration issues changed jobs after 2015, leaving space for novices and hardliners.

What to Expect Now?

The New Pact on Migration and Asylum[5] calls for the EU member states’ contribution to solidarity on a constant basis. A successful implementation of the new Agenda for the Mediterranean also depends on the common understanding by member states of its aims and means. Understanding of the grounds of the V4 states’ involvement in cooperation on migration and mobility with the Southern Neighbourhood thus provides an important input to the assessment of the feasibility of the EU’s actions.

As described in this article, both rationalist (“doing what makes us secure”) and constructivist (“doing what feels good”) approaches could be applied in the analysis of the V4 states’ past and current motivations for engaging in cooperation on migration and mobility with the Southern Neighbourhood. The latter, however, has expired over years with substantial changes in domestic politics and growing right-wing populism.

The V4 countries are now focusing more on the economic aspects of their relationship with African states (relating mostly to trade).[6] If cooperation on migration with the EU’s Southern Neighbours does not translate into concrete business opportunities, the V4 states will most likely remain reluctant about it. Without having historical ties and established relations with the Southern Neighbourhood countries, the V4 states have so far had few occasions to directly benefit from the cooperation with the South. Additionally, as they do not host diaspora populations from that region and are not concerned with returns to the South, the V4 states have even fewer incentives to engage in a meaningful dialogue and cooperation on migration with the EU’s Southern Neighbours.

[2] Pachocka, M. (2016). Understanding the Visegrad Group States’ Response to the Migrant and Refugee Crises 2014+ in the European Union. Yearbook of Polish European Studies, 19. Retrieved from https://www.ce.uw.edu.pl/pliki/pw/Pachocka%20YPES%202016.pdf