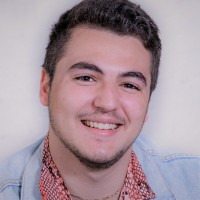 The European Union has made explicit moves to support Ukraine and the fleeing Ukrainian population as Russia’s invasion of the country intensifies, with many heralding the decisiveness, hospitality, and integrity behind European policies. Despite this, social media users on Twitter, particularly those from the Southern Mediterranean region, have found the European Union’s political compassion to also carry a measure of inconsistency. Accusations of a double standard, racism, and hypocrisy are rampant in the online discourse following every major European policy or action in relation to Ukraine or Russia.

In these accusations, the lack of involvement in the conflicts of Iraq, Libya, Syria, Yemen, and Israel and Palestine are being criticised. Amongst these constructed narratives which are propped up by sensationalist media and amplified by bots, the only thing missing is a concrete European position in the narrative.