Eastern Enlargement and the Euro-Mediterranean partnership: a Win-Win Game? 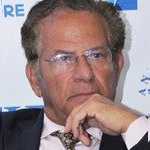 After years of uncertainty, at the Copenhagen summit on December 2002 a key decision on European Enlargement was taken. Eight countries of Central and Eastern Europe as well as Malta and Cyprus were to join the European Union in 2004 and two others (Rumania and Bulgaria) were to join in 2007, barring unforeseen incidents. Even Turkey managed to avoid being forced to wait for the Greek Calends and is to start negotiations for entry by the end of 2004. By accelerating the adhesion of the twelve, the Union has ensured that the transition process itself will be successful but it has also taken up a sensitive political challenge. The paper examines the implications of Enlargement for the European Union and the impact it might have on the Mediterranean countries, particularly in the fields of investment, aid and trade.