Pal-Think for Strategic Studies, established in 2007, is an independent non-profit think and do tank that aims to stimulate and inspire public discussions on economic, political and social issues that matter for Palestinian, regional and international actors.

Through a dual focus on research and civic empowerment, the mission of Pal-Think is not only to give the Palestinian people a voice, but also to give them tools to be an active part in changing the situation in Palestine by developing a united and democratic Palestinian society. A great effort has been placed on actively engaging especially the young Palestinian population in meaningful political work and empowering them to take part in the civic life in Gaza.

Pal-Thinks main priorities are to conduct research about the reconstruction of Gaza as well as the reconciliation and peace processes. The institute envisages to be a frontrunner in the mediation of reconciliation and peace promotion in Palestine, by providing up-to-date research on the following subjects: The Israeli-Palestinian conflict; Internal division in Palestine; The humanitarian crisis in Gaza; The role of international actors and organisations.

Other institutes from Palestine 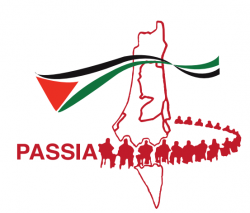