The Istituto Affari Internazionali (IAI) was founded on 11 October 1965 on the initiative of Altiero Spinelli, its first Director. The Institute’s main objective is to promote an understanding of the problems of international politics through studies, research, meetings and publications, with the aim of increasing the opportunities of all countries to move in the direction of supranational organisation, democratic freedom and social justice.

Alongside European and Atlantic affairs, the Mediterranean and Middle East Programme has been among the first research programmes to be developed at the Institute and dates back to its foundation in 1965. The Programme reflects the perception in Italy that regions south of Europe are a factor influencing national as well as Western security and contributing to shape the process of European integration.

The Mediterranean and Middle East Programme at IAI regularly organises workshops, seminars and conferences, as well as hosts book launches and presentations. Its team is involved in a number of EU-funded projects as well as other research activities sponsored by Italian and international institutions.

Other institutes from Italy 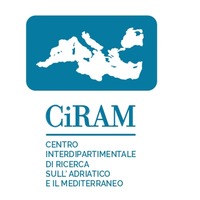